John Penn, baker of Charlbury, died in 1695, leaving his worldly goods to his widow Ellenor. He did not list these items in his will, but the inventory subsequently made of his possessions offers us a rare insight into the life of a seventeenth-century tradesman in the town. John’s premises included a bakehouse and a boulting chamber with a boulting mill for sieving flour. He owned a furnace, two kneading troughs, two kevers (tubs for rising dough), four moulding boards (for forming loaves), six peeles (staves for moving loaves in and out of the oven) one pair of scales, a cake pricker (possibly for marking baked goods for individual customers) and a pair of panniers (perhaps for deliveries). While none of these items had much monetary value, John also had a growing crop of wheat, barley and peas worth £20, sacks of meal worth £8.13s.4d, 4,000 faggots (fuel for the bakehouse) worth £20 and a ‘hovell’ to protect the faggots worth £4. He owned animals worth £12 and lease land worth £23. His whole estate came to £120, out of which his widow was to pay his debts of £38. John Penn therefore appears to have been successful baker with a going concern, growing his own ingredients which were probably ground into flour at Charlbury mill. It is tempting to surmise that his house and fields were close to the mill, but unfortunately we have been left no clue as to where in the town he lived and worked. 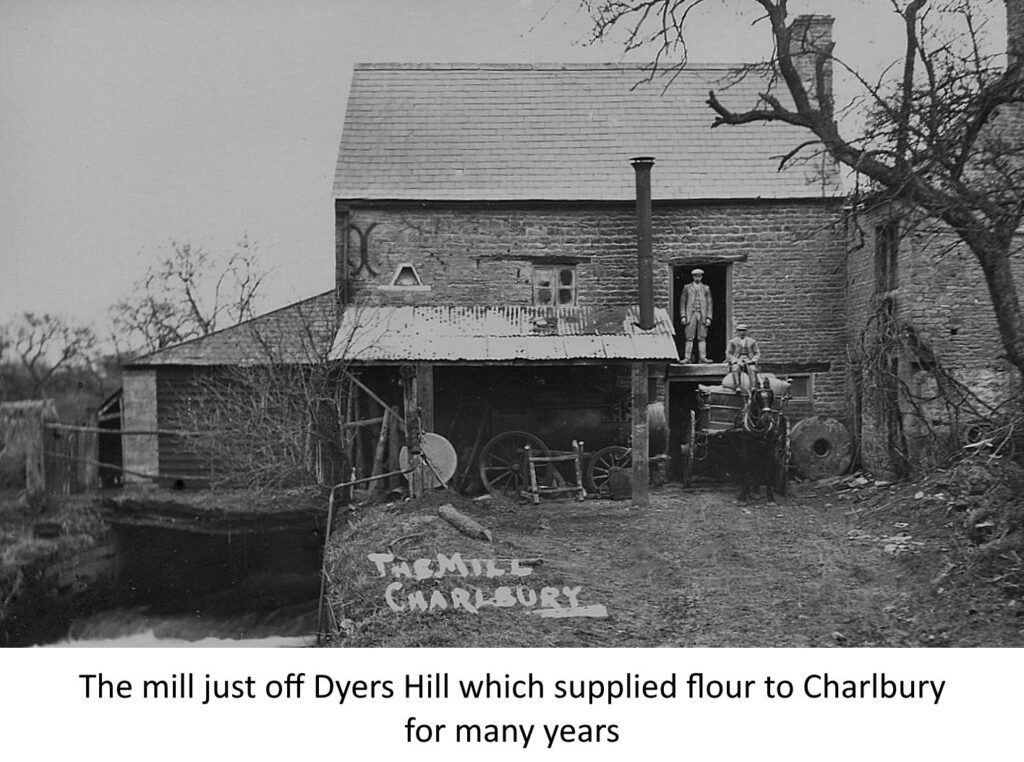